Therapy For Depression And
Grief In Berkeley, California 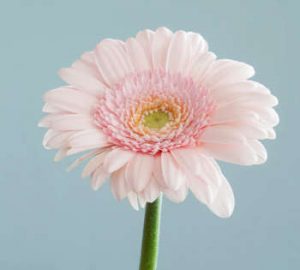 Having trouble getting motivated or interested in things? Feeling sad and low or weeping at the drop of a hat? Are you wanting to retreat and avoid people? Are you prone to only seeing the negative .. the glass always feeling half empty? Are you so low and despairing that you have contemplated taking your own life? Can you not seem to get over the loss of a loved one? Or maybe you are sad and dragging about but don’t really know what’s wrong. It is likely then that you are suffering from depression and/or grief.

We all get blue on occasion, especially if we are experiencing loss, illness, or great disappointment. Problems occur when these feelings are seeming too intense to bear, or they do not pass in a timely manner. Or perhaps you just feel low but are not even fully convinced or aware of the cause or causes.

When we cannot get relief on our own or with family or close friends, it is probably time to talk to someone with experience and knowledge of this misery. Our work will be to give you a place to openly express your feelings and experiences and look at your life sincerely to see what is causing this distress and why it is so intense or stuck.

Sharing our experiences and their origins gives us a roadmap toward change and emancipation. Come sit with me, Dr. Lynn Winsten, while we engage in this journey together.

The advantage to seeing a therapist for these problems has been proven time and again. And the more experience a therapist may have, the more likely they can help you quickly get to the root of your distress. Psychotherapy can give you a place to share your feelings and experiences so they can be processed and alleviate your suffering.

Therapy For Depression In Berkeley, California

Dr. Lynn Winsten believes that Depression is much more than just an occasional bout of the “blues.” It is defined as a constant feeling of sadness and loss of interest, which stops you from doing your normal activities. Studies have shown that different types exist, with symptoms ranging from relatively minor to severe. Generally, it does not result from a single event but a mix of events and factors.

Some of the symptoms of depression are as follows:

Is depression hereditary? No, there is no depression gene, and science has yet to find some physical malady that is passed from generation to generation that accounts for it, though some of its sub-groups have been found to have been passed this way.

Most doctors believe this is almost completely because of the child being raised in the home where the major parental figure suffered from depression. The child learned poor coping skills based on what they saw and experienced from the parental figure.

No one simply “inherits” depression from their mother or father. Each person inherits a unique combination of genes from their mother and father, and certain combinations can predispose one to a particular illness. Major depression and bipolar disorder are related because much of the symptoms of bipolar are the side effects of prolonged depression.

As stated, situational depression is directed caused by life events or situations that can seem overwhelming to the sufferer and thus leaving them with an unnerving sense of having ‘no hope.’ Without some outside intervention, people suffering from situational depression can easily become swept up in the feeling of helplessness, and this can turn into persistent depressive disorder.

In my over 30 years of treating clients, my success has come from using an approach that addresses the ongoing major issues affecting your quality of life, centering around relationship problems as well as difficulties with feelings and strong negative emotions.

I am trained as a Relational Psychodynamic Psychotherapist, which means I work with the factors in your life that might be contributing to these feelings and experiences or relationship problems. To put it succinctly, the therapy will link up your prior life experiences with what is troubling you today while using our relationship to pinpoint what might be causing your concerns.

I am very interested in all the feelings and experiences you have had throughout your life because I work experientially. If you are struggling with intense emotions, I use evidence-based techniques to help you regain a sense of calm and serenity. By adopting this approach, my goal is to facilitate a deeper exploration and understanding of your perception of life as well as how you see the psychological issues that are causing you problems, which I feel leads to great relief.

I want to work together with you to establish what is truly important in your life and create a plan to make sure your time and attention are best served to move toward those key points. Helping you define any emotional roadblocks that could be leading to depression and take the proper steps to remove those roadblocks so you may move forward.

Dr. Winsten is Providing Telehealth Sessions during the Covid19 Crisis